Attending the extreme365 I was lucky to have a little chat with Matt Barbour (Principle Program Manager) about this topic. Here are my key takeaways:

The following picture shows these changes from v8 to v9: 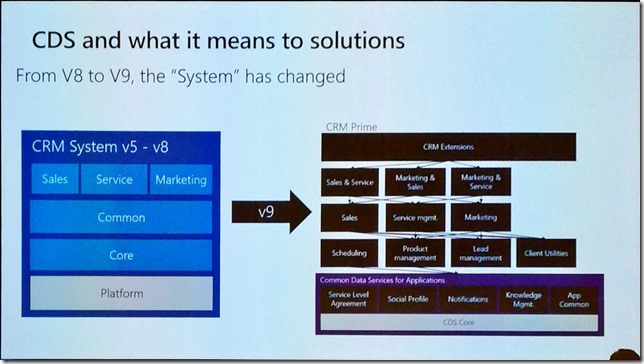 It is already here!
Another takeaway from Matt: If you have a v9 CRM instance you already working on the new platform! Having a look at the solutions of my newly created v9 instance we can see two solutions called something like “CDS” or “Common Data Service”:

And if you are opening the solution eplorer you will recognize the PowerApp icon on the top left side: 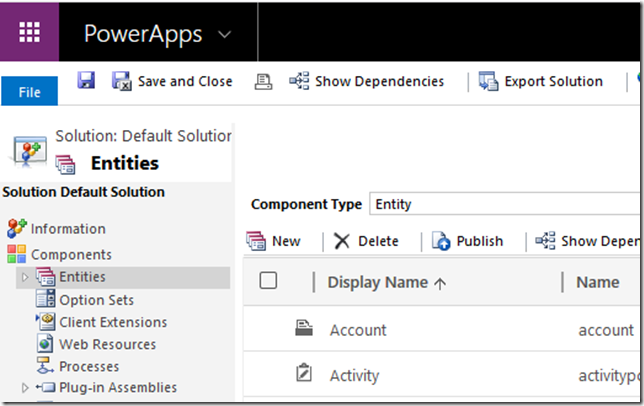 Is the CRM-database and the CDS-database the same?
Yes it is. There are no connectors or similar stuff doing synchronization.

Can I have only the Core-System so I can build my xRM-App?
No, not yet. But they are planning licenses to get only the Core-App without any apps like Sales on top.

Should I already use PowerApps and CDS for customizing?
My opinion today is No. Microsoft is working step by step. So the first step so far, was to merge CDS and the CRM platform. Next steps now will be for instance adding solutions to PowerApps. But have a look at it and become familiar with this new features. So you will be ready for the feature,